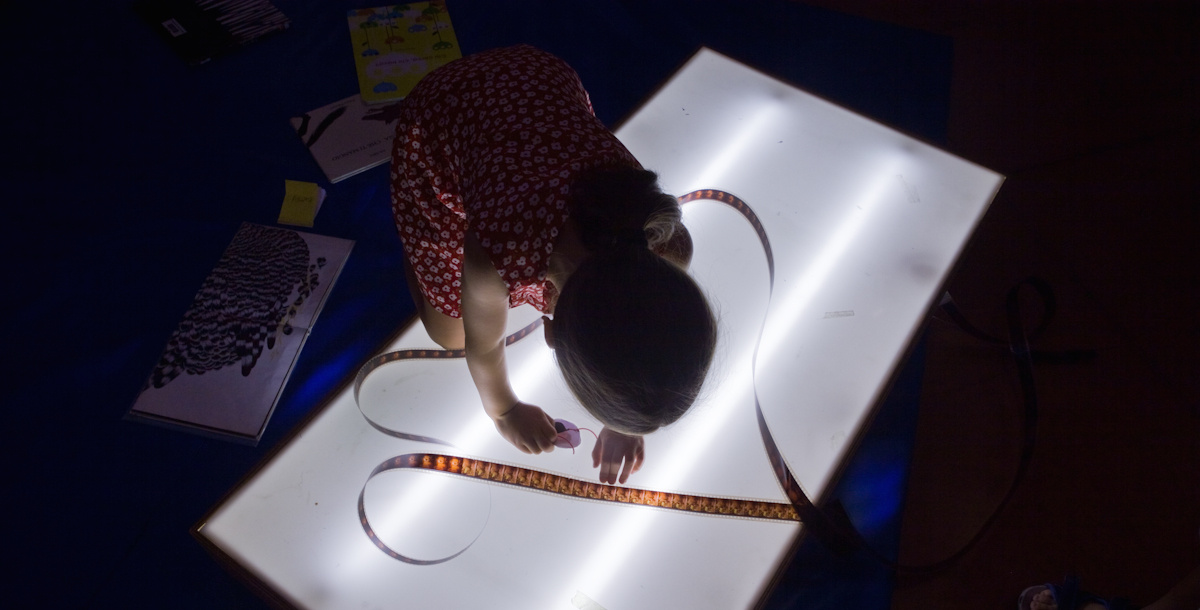 Objective
Key objective of the first one year pilot project is to explore new and creative approaches to film literacy, inspiring the next generation of movie goers to get curious and excited about cinema as an art form and as part of Europe’s cultural memory. By coordinating the efforts of 7 leading European Film Archives and cultural cinema organisations, this project fosters pan-European collaboration, peer-to-peer learning and add value to partners’ activities in film literacy.

The key tasks of ABCinema are to:

Each partner has chosen a different target group ranging from preschool children to young adults outside the school environment. Together with teachers and film literacy experts, the project established a shared catalogue of European films and film literacy activities and materials. Between October 2014 and June 2015, partners have developed initiatives for the chosen target group related to the chosen film titles.

Further, ABCinema Workshops for specific topics in Film Literacy have been organised to exchange best practices across sectors and borders:

The first one has been held in March 2015 in Birmingham (UK) during the Flatpack Festival, with a special focus on innovative and participatory approaches to engage young adults in film heritage and culture outside the formal educational environment.

The second one has been held in Bologna during the festival Il Cinema Ritrovato at the end of June 2015. This has been an occasion to share the activities performed by the partners and to find possible connections among pilot initiatives.

The workshop held in the frame of ABCinema Plus project was related to the copyright issues concerning educational uses of film heritage and it took place in Frankfurt on April 13 and 14, 2016.

The second workshop of ABCinema Plus, “Film Literacy and Film Archives”, took place in Bologna during the festival Il Cinema Ritrovato on June 29, 2016: it presented case studies both from European film archives and cinema institutions.

The whole range of performed activities and film titles is included into the online catalogue, which was further developed and increased in the second year of the project.

For ABCinema Plus the partnership developed further educational activities for their target age groups, following the steps of the first year but also implementing new initiatives through an “Ambassador” perspective: the beneficiaries of the activities are requested to collaborate into the definition of the activities themselves and to help disseminating the different initiatives among groups of peers or other target groups as well. The “Ambassador” activities in the website are flagged through a specific symbol.